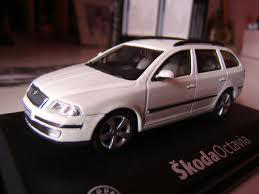 There are about 15.708 in Madrid City. They Cover Madrid metropolitan unified area which integrates 39 municipalities:

Taxis of these all small towns became managed by the Madrid city by means of creation of a Madrid taxi unified area. Therefore, appearance of all taxis is the same. Do not worry, if is from any of these small towns. Madrid taxis are white whith a diagonal bar in red whith the coat of Madrid placed in the fontal side and rear doors. In the roof they carry a 'chapel, which shows information about thhe rates in function of the date. That rates are stablished by the madrid city council. Taxis carry recorded the license number at the forntal side and rear doors.

It allows the "Family " called and minivans known as "Eurotaxi" adapted for transporting disabled people that allow travel in own wheelchair with all security measures.

The Madrid City Council bans display advertising in taxis of Joint Provision Area, the rest of taxis from other populations that are not incorporated into the JPC their respective councils authorizing them to carry advertising.

In recent years there have been coupling the latest technology and it many have GPS browser, accept credit card payments and have automatic service stations able to receive phone calls, SMS or the Internet, and services are awarded by the GPS location technologies and GPRS cellular transmission.

According to the dependence of a municipality with respect to Madrid, its taxis will move more or less to the capital and become more or less necessary the inclusion of their licenses in the city hall.